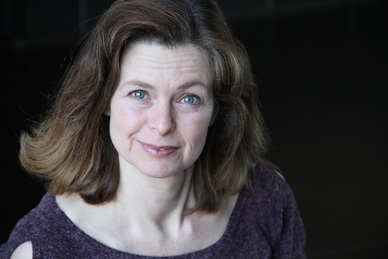 MYRA'S STORY Actor, Jennifer Cornish
“Theatre, to me, is the art of witnessing humanity, both in myself and in the world. It asks the actor and the audience, both, to walk a mile in someone else’s shoes, to experience someone else’s story. Stories have the power to change the way we think, which is big magic because changing the way we think is the only way to change pretty much anything.”  Jennifer Cornish

Trained by industry pros from Stratford, Shaw, Second City and Kids in the Hall, Jennifer has worked in film and television, but says she has spent the best parts of her life onstage. Jennifer was the recipient in 2011 of the Region of Waterloo Arts Award for Performing Arts. She founded PrACTical TheACTrics in 2010.

Recent credits include: Shirley Valentine, Debra in Kimberly Akimbo, Liz in Dine Her, Edna in Nowhere Ontario, Edith in Pearl Gidley, Mrs. Lintott in History Boys, Louise in Hollywood Arms, Jeri Neal in Dixie Swim Club, and Alexa in As Bees in Honey Drown, Mona in Queen Milli of Galt and Martha in Who’s Afraid of Virginia Woolf.

WHAT REVIEWERS AND COLLEAGUES  ARE SAYING ABOUT JENNIFER
“Cornish makes us listen, truly listen, to Myra's story, which we are not soon to forget.” Robert Reid, The Record

“Five stars. The best performance by a woman I saw last year. [Cornish] burrowed so deep beneath the skin of an alcoholic street person I wasn’t sure if she’d been recruited from the street.” Joe Belanger, The London Free Press

“Jennifer Cornish turns in a remarkable performance. Myra’s Story leaves us thoughtful but not disheartened, and primed to be more cognizant of the humanity of everyone we encounter.” Kathleen Sheehy, Artistic Director, Lost & Found Theatre

"Her performance was second to none and the play itself is brilliant. The audience was in awe." Sean Carthew, Artistic Director, Ontario Street Theatre

"I always come away from her performances with a deeper understanding of the world." Dwight Storring, Digital Media Producer

"Jennifer Cornish is an actor like no other. As Brando is synonymous for Stanley Kowalski so will Cornish be known for her Myra." Jeremy Ratchford, Actor SAG/AFTRA