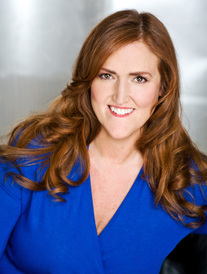 MYRA'S STORY Director, Darlene Spencer
Darlene Spencer received a Master of Fine Arts Degree from York University in Theatre Performance and is a graduate of the University of Waterloo Drama Department. She has been a director of theatrical productions, document-aries, educational and industrial films for the past 30 years. Selected directorial credits include: Our Country's Good by Timberlake Wertenbaker, If We Were Birds by Erin Shields, Our Town by Thornton Wilder, Falling: A Wake by Gary Kirkham, Pride and Prejudice adapted by Christina Calvit, String of Pearls by Michele Lowe, Three Cities in the Life of Norman Bethune by Tim Brady and Bradyworks, The Children's Hour by Lillian Hellman, Spring Awakening by Frank Wedekind, Les Belles Soeurs by Michel Tremblay, The Crucible by Arthur Miller, Romeo and Juliet by William Shakespeare, and Fringe favorites: Water and Timmy’s Sexual Adventure by Brad Curtain, as well as the musicals Little Women, The Apple Tree and Nunsense.